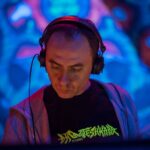 n the year of 1999 Valentino started to produce his own tracks, and he started out with Fruityloops. Valentino didn’t seem to find the right power in order to express what was going on in his mind, and turned his mind to Mod plug tracker, Cubase, Logic and finally decided to stick with Cubase.

The music that streams out of this project is generally deep and powerful with a lot of leads and rhythms supported by mystic atmospheres.